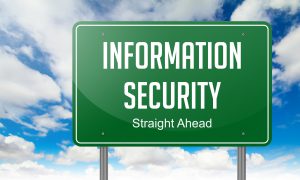 Recently, Alex Jones’ law team inadvertently sent cellphone data to opposing legal counsel.  The cellphone data contained texts regarding the 2012 mass shooting at the Sandy Hook elementary school in Newtown, CT, which was alarming considering that Alex Jones had maintained that he had no texts on his cellphone regarding the incident.

When we first read this article, we immediately thought about the poor paralegal who was caught up in an otherwise understandable human mistake.  Whenever humans are in the loop, there are bound to be occasional slip ups.

This would have been an excellent way to introduce the Reply To All Monitor add-in (which puts up a prompt asking if you’re sure you want to reply to everyone) and/or the Safeguard Send add-in (which also puts up a prompt showing you the underlying email addresses and any attachments asking you to confirm before sending the email).  After all, lots of attorneys use one or both of these add-ins to reduce the chance that a (human) paralegal might make.

However, as luck would have it, after doing a little research we discovered that the system being used in Connecticut did not involve Outlook, and so the add-ins could not have helped in this case.

Nonetheless, we know from experience (meaning listening to our customers’ stories) that this kind of problem occurs more often than you might think, it just doesn’t get the press that this case does.  If you’re concerned with managing risk when it comes to using email, especially email that contains highly sensitive information, we have tools to help.  Contact us to have a conversation about how you work today, and we can schedule a demo to show you what’s possible.